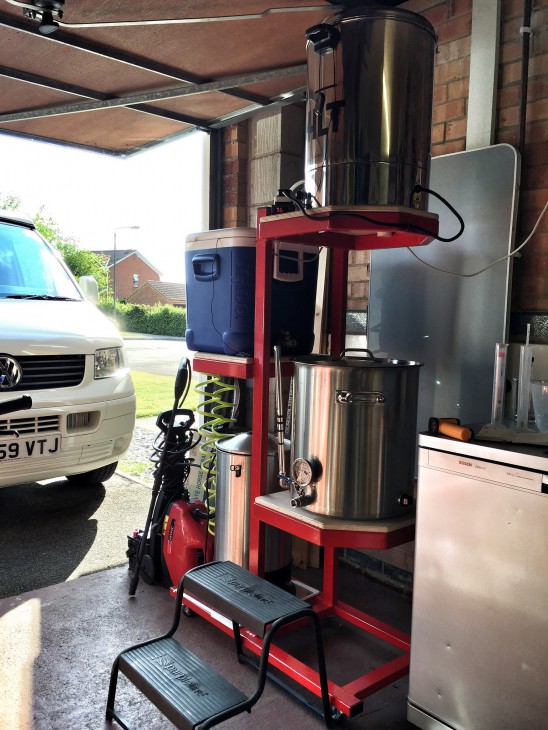 When I first started thinking about brewing in the garage I researched homebrew stands and tables – mainly on Pinterest. I was amazed at the weird and wonderful sculptures that I found, a lot of these coming from the US. I found two main types of stands that interested me, one using a step system and one using a tree like frame. The main design feature for both being that you can transfer liquid between three pots using gravity – negating the need to purchase, maintain and sterilise a pump (or two).

After conversations with fellow homebrewers I found that the consensus was that most of them use a step homebrew stand as they are easier to build but a tree would save much more space. So I started to sketch some plans for a BrewTree and had a chat to a mate who just happened to be an engineer 😉 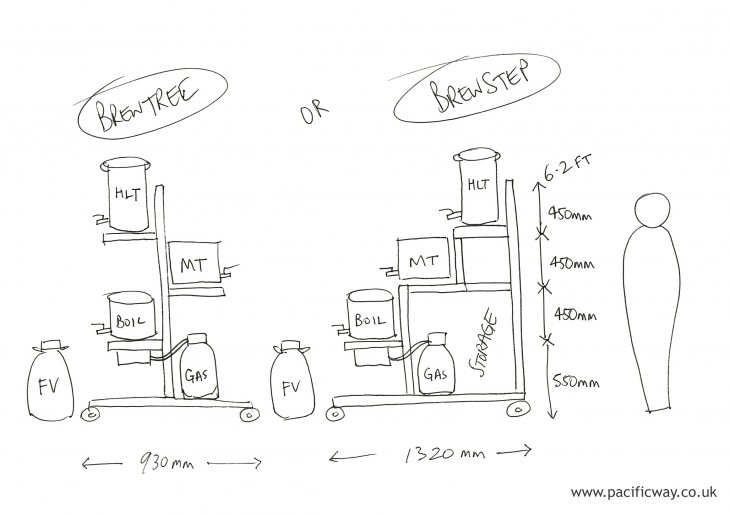 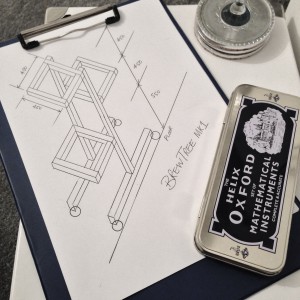 He told me about the physical properties of seam welding steel and something about how much weight each centimetre of weld can hold … to be honest I glazed over a little bit. He got started straight away. 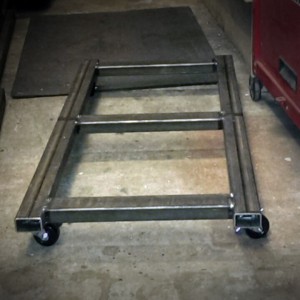 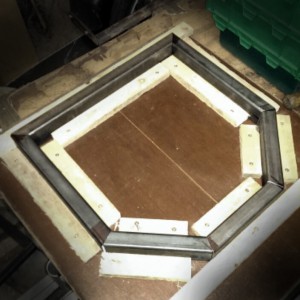 The base is on castors and the front ones lock for when you are brewing. The actual footprint is under a meter in length and 450mm wide so easily rolls in and out of the garage. The shelves are tapered as eventually we will be using 450mm circumference stock pots on the frame. For now the 450mm square iglo coolbox Mash Tun fits perfectly. 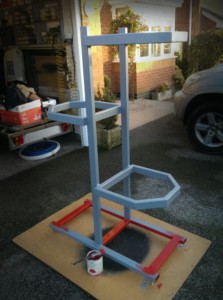 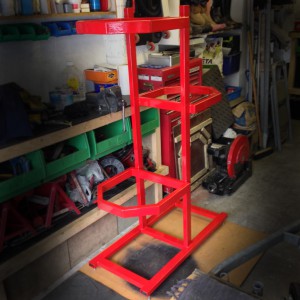 The pictures above show the BrewTree coming together and getting a coat of paint! I decided on red as my main influence for this layout was from a design called “The Red Dragon” built by a guy in Ohio. 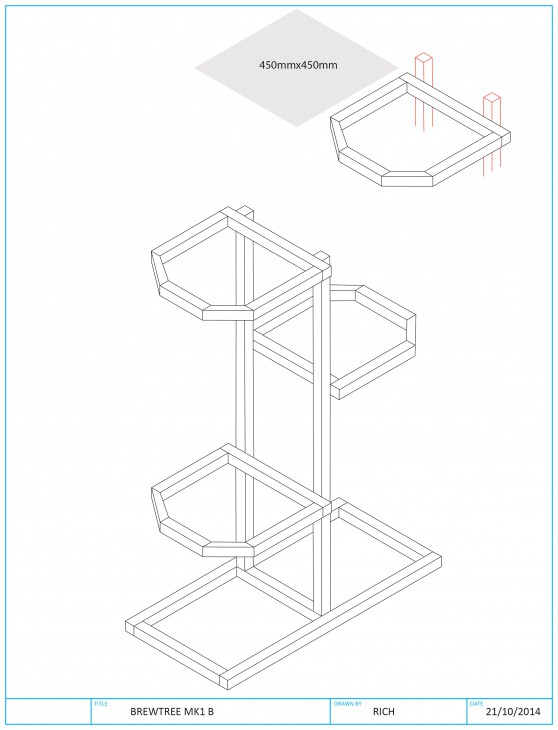 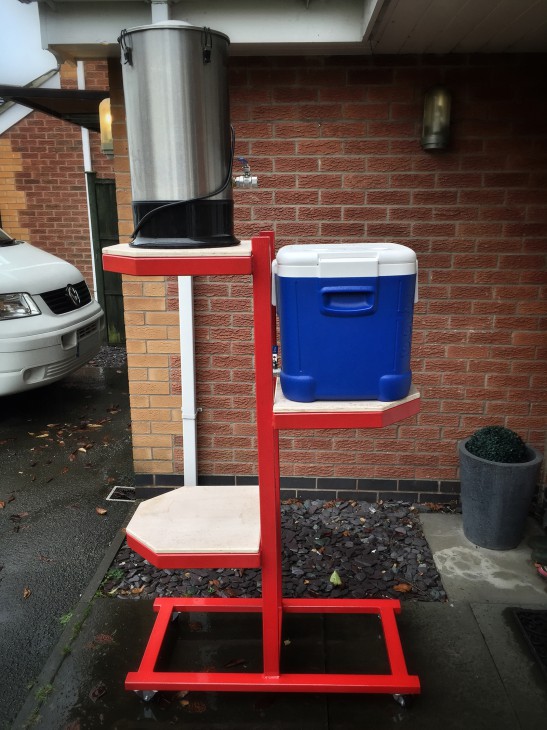 I’ve included my original drawing above to show the concept and as you can see from the final photo it’s turned out amazing. In fairness the picture with our Turbo 500 boiler and coolbox Mash Tun doesnt really do the structure as much justice as three shiny stainless steel stock pots, but it gives a good idea of what’s to come.

The BrewTree has removable plywood shelves that allow for cleaning but also space should gas burners need to be retro-fitted – I think I’m sticking to electric at this point so no issues there. In practice this BrewTree sits against a wall in the garage and all of the paraphernalia that goes with brewing sits on it! Future enhancements may include shelves on the base to allow for even more storage. 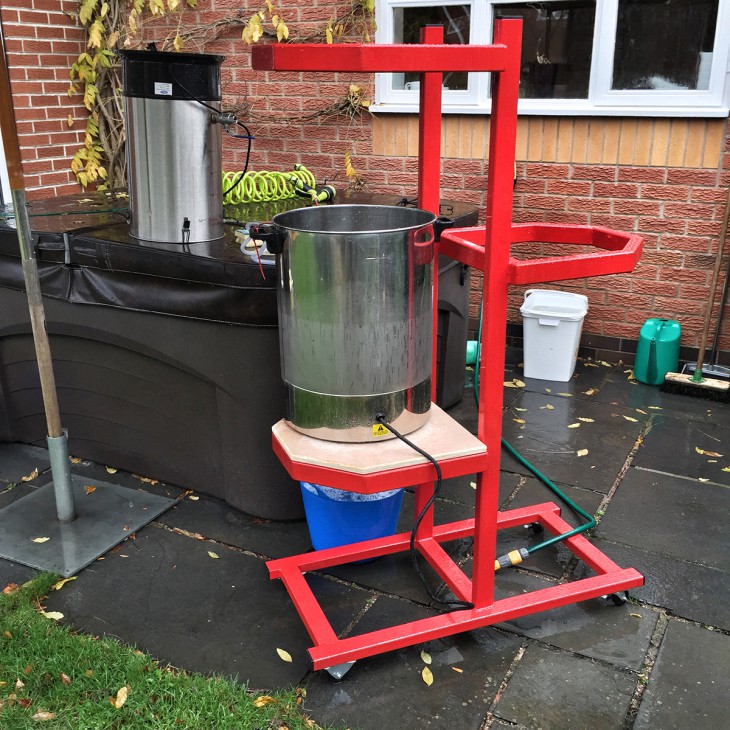 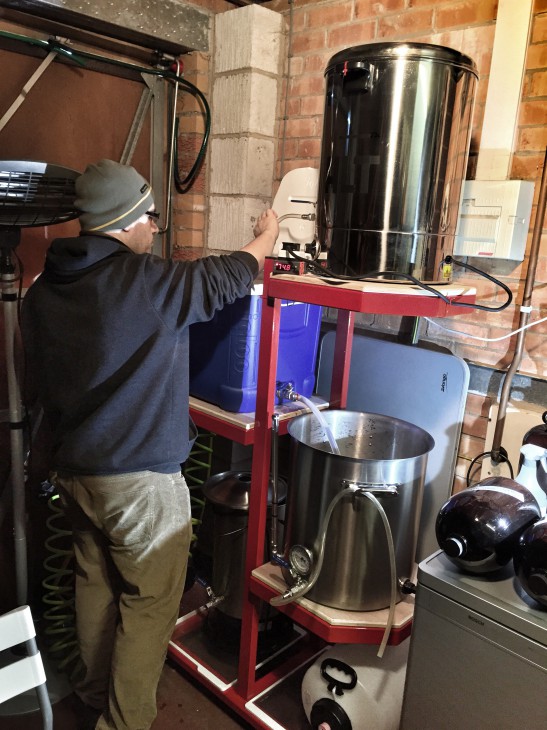 If you liked this post, you’ll probably love these: