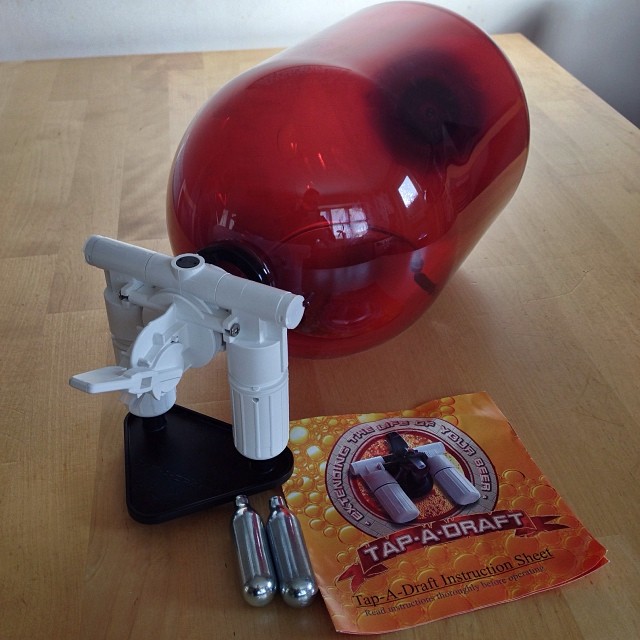 After attending the Twissup in Burton Upon Trent (2010) I was sent a demonstration of the Tap A Draft Coors Home Draft system (see the post by Andy) and at the time we speculated that this would be great for homebrew if the CO2 canister could be replaced. However, this particular Coors system was designed to be recycled and it is manufactured for single use only.

Just before Christmas I started to look at options for storing my homebrew as it quickly became apparent that cleaning and bottling with 500ml glass bottles wasn’t exactly a quick process. Most home brewers opt for a cornelius keg to store and serve up to 37 litres of beer, but I didn’t have the space to store one of these and also wanted something smaller that could be moved around easily. I literally stumbled upon the Tap A Draft ibrew Stout Starter Kit online at Wilko.com and instantly recognised the bottles. I was also wanting to supplement my all grain brew days with a quick malt extract kit so at £55 for everything required (including 40 pints worth of ingredients) this seemed like a great place to start.

When the ibrew kit was delivered I was pleasantly surprised to see that the draft part of the system is an original Tap-A-Draft item from Colorado, USA. This kit seems to be quite popular in the US with many images on Google, but surprisingly I found that the homebrewers that I chatted with in the UK had not seen it before. The main difference is that the dispensing head is designed to use 2 x 8g CO2 cartridges rather than the one 16g that I had used in the past. 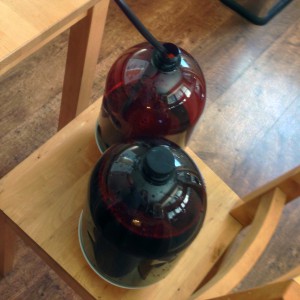 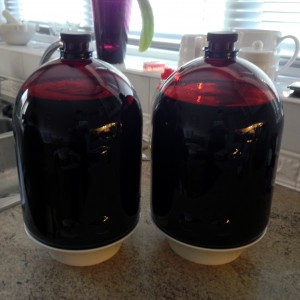 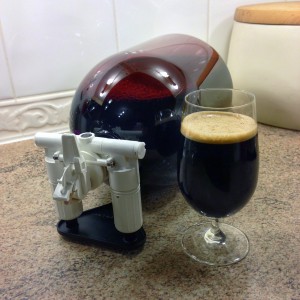 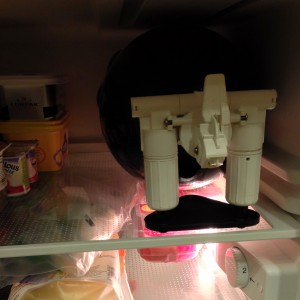 After sending a few pictures and video to twitter, I struck up an email conversation with Tap-A-Draft and asked a few questions:

The feet on the bottle is normal to be off with the white Tap-A-Drafts, because they are designed to go with our current 16-gram model that has one extra thread in the neck. So, the feet actually aligns with our black 16-gram model.

The rounded bottoms are correct. I know it’s a pain to have to prop them up when fermenting, but there are several reasons for the round bottoms. The main reason is the durability of the bottle. Since you are familiar with the Coors unit, which had feet on the bottle, over time the plastic deteriorates and will rupture. It’s VERY good you did NOT keep and reuse the Coors unit, as it is designed for a single use only! You would have lost your beer with a bottle rupture. The “pedaloid base” has too many variable in the plastic to be consistently used with our pressurized system. We have not had a single rupture with the rounded based bottles, and they will last for years with proper cleaning and care.

The second reason for the rounded base is that it is less likely the customer will have the bottle in the incorrect position when engaging the CO2. The bottle should be horizontal when a cartridge is pierced. CO2 is actually in a liquid form inside the cartridge. If the bottle is vertical, the cartridge is then horizontal and the liquid CO2 might have time to “pour” out of the cartridge before turning into gas when mixed with the air and temporarily “freeze” the regulator in the Tap-A-Draft. This basically wastes a cartridge.

On the back of this email I asked if I could be sent a 16g tap for testing purposes and they kindly agreed. 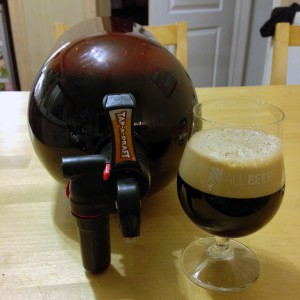 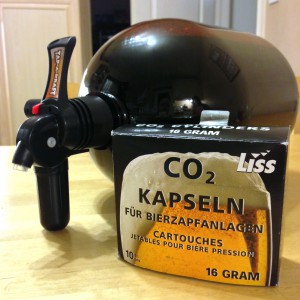 The 8 gram CO2 cartridges are easy to obtain in the UK, but the 16 gram (food grade) cartridges are more difficult. Both sizes are coming in at a similar cost of 50p per 8g and £1 per 16g.

It’s important to note that there is a big difference between using the CO2 to maintain the freshness and dispense the hombrew and using CO2 to force carbonate your beer. The cost per pint of your homebrew would considerably go up when attempting to force carbonate with this system. 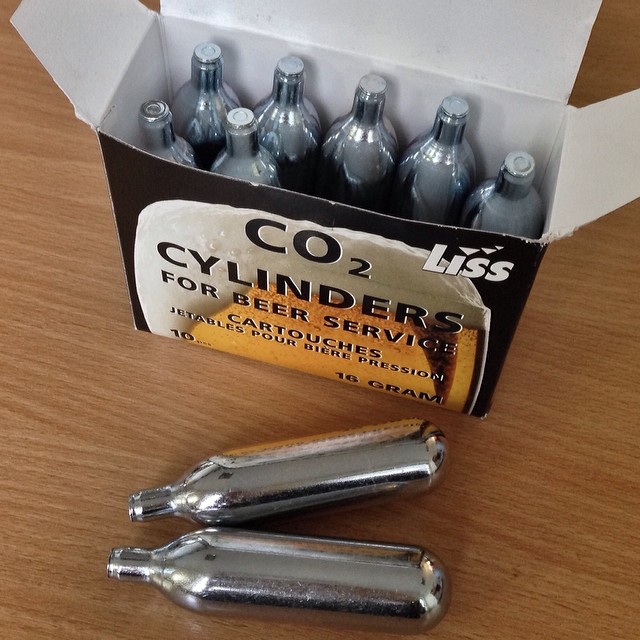 Bottom line is that for £45 you can have a system that will store 40 pints of conditioned and easily dispensed homebrew. Cleaning and sterilising is simple and each unit is small enough to fit in the fridge. It’s pretty impressive when you roll up to a friends house with 10 pints under your arm 🙂

I gone did a post about Tap-A-Draft conditioning and serving #homebrew http://t.co/LYZIh016gf

View all of the pictures of my garage brewery on flickr