It all started in 2009 when I was discovering the different styles of beer and exploring micro breweries in my area (Derbyshire, UK) I was invited to Nutbrook Brewery to learn about the process of making beer. These guys were making beer from water, grain and hops (as you do) in their garage and I realised that this was something I wanted to do myself. In 2010 I went with Twissup to visit the Shobnall Maltings site at Molson Coors in Burton Upon Trent, this showed me where the ‘Malted’ grain comes from that is used in brewing (can you believe, it’s not straight from the field!) and this furthered my interest in brewing my own. It wasn’t until 2011 that I got the chance to design my own beer recipe and brew it at Nutbrook with their kit. The full day hands on experience cemented my desire to research what I would need to do this myself on a smaller scale and I didn’t really want to follow the usual beginners route of beer making by using extract malt kits. I was ready to ‘go all in’ and jump straight into AG (All Grain) Brewing.

It made sense to me to suggest to my mate Martin that we go halves on the kit and then share any nectar we create – so we went about writing our wishlists. We decided to start with a method called BIAB (Brew In A Bag) as this meant that we could save on the amount of vessels required. Basically, you shove a load of malted grain into a bag, dunk this in warm water for an hour (just like a cup of tea) and you end up with some beer juice that can then be boiled for another hour while you chuck some hops in. After cooling, this wort (pronounced wert) is ready to accept some yeast for fermenting into alcohol. Sounds easy right? … actually, it is pretty easy, the difficulty comes in the form of efficiency and sanitisation. Cleaning and sanitising is straight forward, but if not done thoroughly you will end up wasting all the time and money put into the batch of beer you have just lovingly created. Efficiency is because you want to maximise on getting the most out of your ingredients for the lowest amount of energy and cost. All simple things that become more important the more addicted you become.

Some photos of the kit we started with … 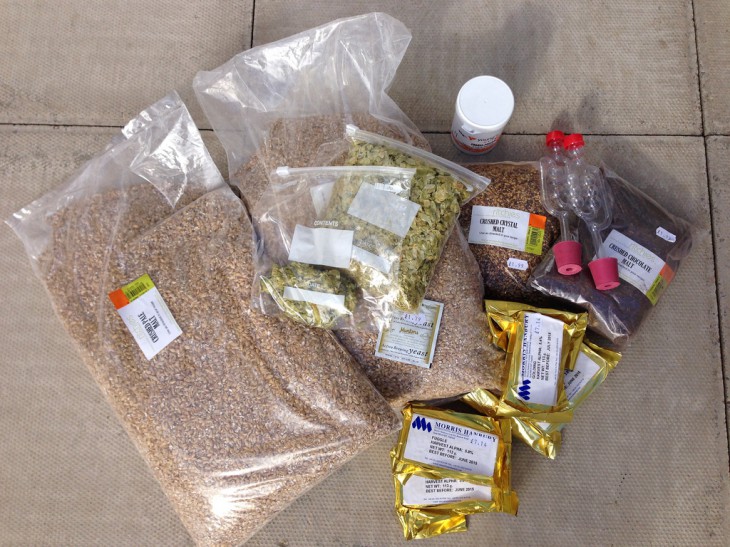 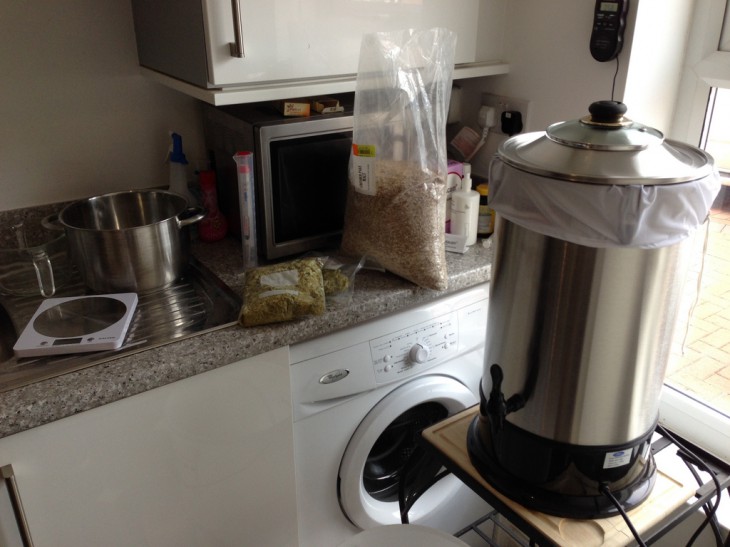 Our Turbo 500 Electric boiler that can maintain a rolling boil with 20+ Litres of liquid. 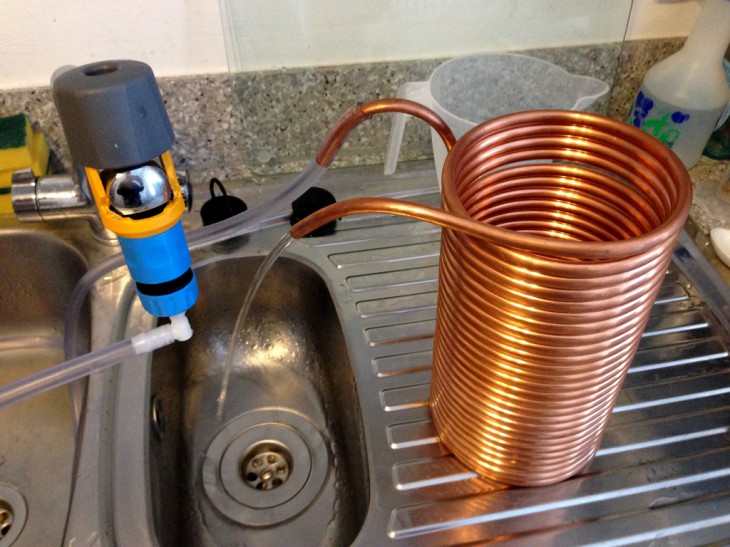 A chiller needed to cool the wort after the boil – you run cold water through the pipe. 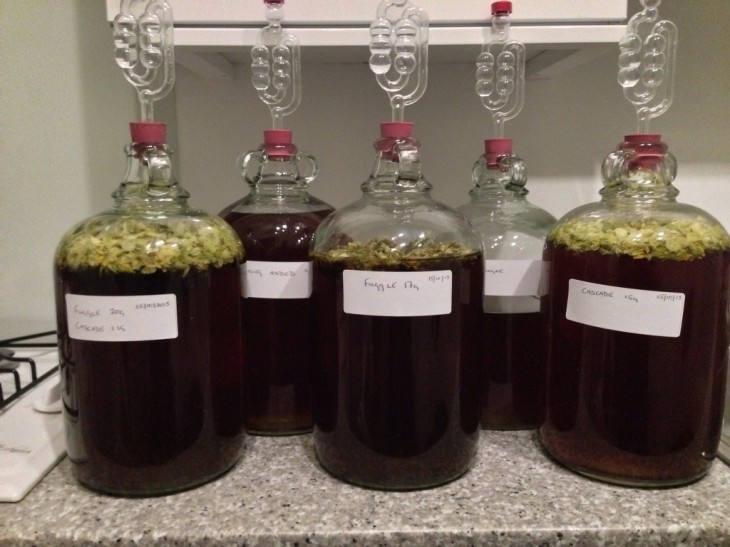 Some 4.5L glass Demijohns with airlocks for secondary fermenting (and dry hopping experiments)

As of February 2014 we’ve produced four batches which is about 140 pints of beer, we’ve experimented with dry hopping and produced some really tasty hoptastic stuff. Depending on the style of beer we were aiming for, we’ve averaged about 6KG of grain per batch and as we bought in bulk it’s averaged at £1 per KG. Add the average of about £6 on quality hops and we’re looking at about £12 per batch (33p per pint). Obviously there is the water, electricity (3kW hours) and sundries to add on but I still think that’s pretty impressive. The last brewday took about five hours with two of us but it’s about the enjoyment and learning experience of creating your own beer from your own recipes with natural raw ingredients.

I’ve since bought an extract kit to supplement brewdays and have been making 20 pint batches in as little as half an hour using cold water (+1 boiled kettle) the malt extract is costing £10 per tin (50p per pint) and as expected it’s nothing like AG brewing but is acceptable. However, having now done both, I’d recommend starting with extract just to get a feel for fermenting. Plus you can get going with everything you need for about 30 quid rather than 300+. 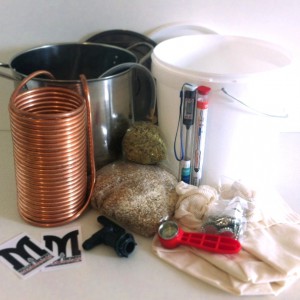 10 LITRE STOVE-TOP BREW KIT Another alternative is smaller 10 litre AG batches using your kitchen stove and http://www.massivebrewery.com/ provide everything you need for £99.99! The wort chiller we use is actually from Massive Brewery, and it’s a nice piece of kit that would cost over £30 on it’s own (thanks to @AlcofrolicChap)   The problem for us now is that the bug has bitten, everything is upgradeable and bigger is better, and this, my friends is the painful truth of the HomeBrew addiction – once you pop, you can’t stop! Next step for us is the chucking of the BIAB and the construction of a Mash Tun … more soon